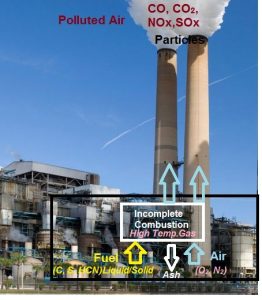 We will discuss the following topic in details

The following are typical performance goals of SCR systems in industries

Why Do You Mix for SCR?

How to find the Mal-distribution of NH3 in mixing

Distributions Descriptions for NH3 and NOx

How Do You Mix NH3 with Flue Gas?

Where Do You Mix?

Scope of CFD Modelings to Design the AIG Mechanism

What is NOx Stratification

The disadvantage of Dense AIG Grid

Static Mixer in the SCR process

where ∆p is the pressure drop (pa), µ is the laminar fluid viscosity, α is the permeability content of the medium,  C2 is the pressure-jump coefficient, v is the velocity  (ms/s) normal to the porous face, and ∆m is the thickness of the porous medium.