How to model Pollutants from Industries like NOx, SOx and Soot Particles ?

Basics of combustion and Pollutions

Understanding combustion processes  is important to control pollution formation.  Flame characteristics and maximum temperature of flue gases depend on fuel composition, equivalent ratio,   air- fuel mixing  mechanisms and burners configuration. For non-premixed combustion, pollution is a matter of concern due to incomplete combustion. SOx and  Soots are observed for burning of  heavy hydrocarbon fuels, liquid or solid fuel containing sulfur and ash.

Before going to Pollutants modeling, CFD users  or Engineers need to understand the following subjects

Basic of pollution and reason for formation of NOx, SOx and Soots are explained the previous post. These three pollutants cause serious detrimental effects to environments. Emission norms are becoming more strict in many countries. 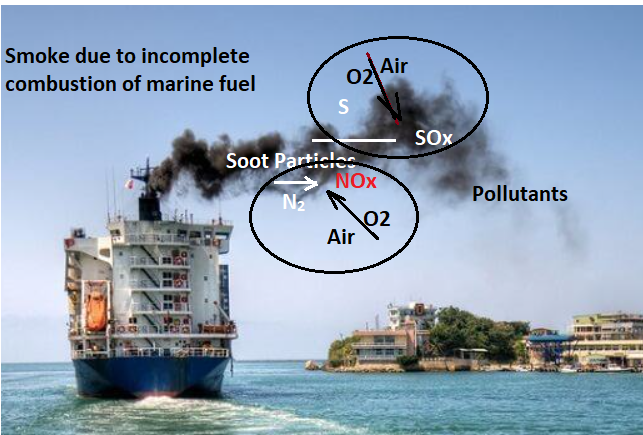 Steps for CFD Modelings of Pollutants in  Solver

Species transport for NOx and NH3

Calculation of Mean NO Production rate by the PDF Approach

The PDF Approach for NOx Calculation

Modeling of NO Reduction

NO Reduction by  SNCR with UREA injection

Selection of Moss-Brookes-Hall Model in FLUENT

Method of Moments for Soot Modeling

Where, αi,j is termed as the collision frequency

1 thought on “CFD Modeling of Pollutants: NOx SOx and Soot”