Classification and Application of Drones (UAV)

Based on the different aerial platform, there are following four major types of UAV (drone) 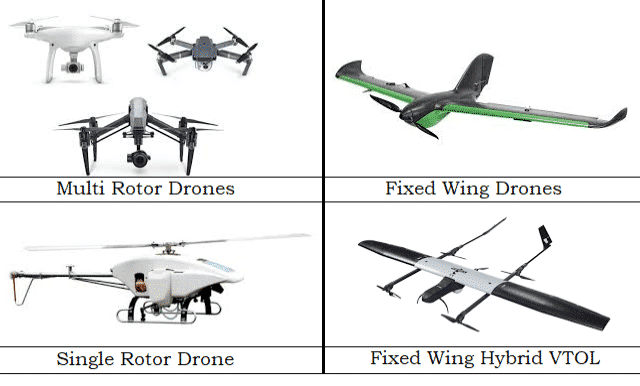 They are  a variety of uses of drones in different industries.Sonme popular applications were military and surveillance

Applications of Drones for Agriculture

Drones are used for multiple applications in farming

For some crops which are not easy for manual spraying, in such cases drone-based spraying is useful for farmers

There are some advantages of Drones/ UAVs such as:

The disadvantages of Drones/ UAVs includes:

Scope of CFD Modeling for design of drones

1 thought on “Classification and Application of Drones”